There was once a French man named Roland Barthes. He was a literary theorist, philosopher, and critic. Even though he, himself, was not a photographer, he so eloquently described aspects of photography from his own perspective in many of his literary works. So what does this have to do with advertising? Well, Barthes graced our world with many tidbits of knowledge and an abundance of epiphanies, but one in particular stood out to me when reading his book, Camera Lucida. When commenting on what truly makes a photo ‘real’ and ‘great,’ Barthes said that great photos included an element that set them apart. He called this element the punctum of the photo. Whether it is a hair blown out of place, or a button askew, this thing, this punctum, made the photo real and relatable. In much the same way, I believe that certain elements go into great advertising. Though there are many combining factors that contribute to advertising greatness, here are five that I believe have the most influence.

This ties back in with Barthes’ theory of punctum. I believe that any sort of advertising must possess an element that the intended audience finds relatable. The habit of using young, beautiful people to represent brands will probably never go out of style, but often times it is the utilization of something or someone that is not perfect that garners the most attention. An excellent example of this that extends even beyond the advertising world is the little quirks that set apart fashion models. Some of the most successful models have little imperfections, from moles to gapped front teeth. When fulfilling a role of hypothetical perfection, why do these imperfections have such a positive impact? I would venture to say that it falls under the idea of punctum, the idea that these models possess an element that is relatable to the public.

Great marketing is memorable. After all, what is the point of advertising if the audience forgets who’s actually selling the product? Whether it is instilling a new idea or feeling into the audience, or referencing an emotion that already exists, it is vital that the advertisement leads the audience somewhere. That being said, I am a firm believer in brand subtlety. You are not marketing to a bunch of monkeys. You need not spell everything out in obnoxious, flashing letters. Let them know who you are in a humble way, and in return they will not hate you.

To be the devil’s advocate, I’d also argue that great advertising is forgettable. No one ever said, “Hey, I really want to watch an offensively large amount of ads that is equal to –or greater- than the length of the TV show I am watching,” (Except for, perhaps, in the case of the Super Bowl). I’ve said before that I believe that this type of interruptive advertising is going out of style, but I also understand that it is a medium that will not be going away any time soon. With this in mind, I would simply say that you must create ads that don’t seem like ads. Make something that your audience wants to see. Make something that your audience forgets is an ad. If a viewer is more drawn to your ad than the magazine article it sits next to, you’ve done well for yourself.

Great advertising is trustworthy and honest. We’ve adopted this practice so thoroughly that "Transparent Tribe" has become our mantra here at Leighton Interactive. The value of honesty cannot be stressed enough, and it will do wonders for your business. No one wants to be suckered into buying something they saw in an ad, only to find that it does not live up to what it was made out to be. Selling products dishonestly is the fastest and easiest way to become hated. Do you want to be the company that everyone grumbles about to their in-laws at boring family functions? There is no better advertising than word-of-mouth. Don’t give it the opportunity to work against you.

Great advertising is advertising that becomes truly valuable to the audience. What is more valuable: A 30-second commercial that features pretty people doing various things in shiny-looking shoes, or a 30-second spot that features volunteers bringing shoes to those in need? Which do you think will get more shares on the social media platforms? Ads don’t necessarily have to feature your product. Some of the most successful advertising tactics feature truly valuable actions that are simply attributed to your brand. Whether it is a quest to improve the living situations of those in need, or simply something that puts a smile on someone’s face, this community and audience driven advertising can be incredibly successful. What can you and your brand do to make a difference? Will it be funny? Will it be touching? Will it be quirky and surprising? The possibilities are as endless as our human creativity. You do not live in a brand-bubble. Be aware of what’s going on around you, and utilize it to elevate your brand.

There you go. Five elements that make for great advertising. Of course it does not end there. Great advertising depends on the individual business, brand, and product. Perhaps some of these tips apply to your business, while others have no correlation. The point is that we must take bad advertising and burn it at the stake. We don’t live in the 40’s anymore. We can’t just declare that we are simply the best brand out there. We must prove it, time and time again. Get ahead of the game while you still can! 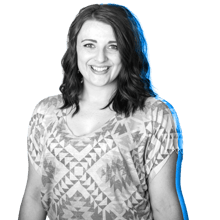 How to Stay Innovative in Marketing