Trust Me, I'm Lying: A Mini Book Review (By a One Squared Speaker)

Ryan Holiday wrote a book - he's written a few. But he wrote one in particular that I had to read, just to understand the hype and context that surrounds it. Why a Holiday book? Because he's one of our featured presenters at One Squared in Minneapolis.

Lies, deception, bribing, manipulation, it’s all an easy ticket to getting in the media. At least that’s what media mogul Ryan Holiday, author of Trust Me, I’m Lying: Confessions of a Media Manipulator and Director of Marketing at American Apparel has written in his widely controversial book. In this book, he tells of how he crafted fake personas and sent fake scoops to local blogs, wrote fake comments and provided fake traffic, which resulted in the scoops becoming real. These falsified scoops were republished across the world, changing history to better suit him and his clients. The book is split into two:

"Feeding the Monster" is what Ryan calls exploiting the media to get press, specifically blogs. For a more elaborate imagery of what Ryan means, think of your basic food chain – predator and prey. At the top of the food chain are large media conglomerates – the predators - and at the bottom, local bloggers – the prey. Ryan starts with the prey. He does his due-diligence and attacks them where they are weak – fact checking. He throws them a story and they run it without verifying its validity. He has captured his prey.

The next prey to attack is a somewhat larger media outlet. This predator-eats-prey scenario follows all the way up the food chain, culminating at the top with BBC and CNN. He calls this “iterative journalism,” each subsequent contact assumes that since the story has been published on other sites it must be true and verified, so they also run the story without fact-checking. This is how he created a buzz.

A little white lie doesn’t do much harm, right?

His exploitation tactics worked to promote movies, books, people, even get donations for a charity. The underlying premise of book one, the reason why media is so easily manipulated, is the news-blog industry model. Simply put:

Blogs make their money from advertisements, and ads are bought based on the impression they make. A blog owner’s only concern is the number of page views it receives.  According to his book, “Publishers and Advertisers can’t differentiate between the types of impressions an ad does on a site. So long as the page loads and the ads are seen, both sides are fulfilling their purpose. A click is a click.” “Knowing this, blogs do everything they can to increase [traffic]. Every decision a publisher makes is ruled by one dictum: traffic by any means.”

Holiday then goes through a series of tactics describing how he accomplished his PR and media frenzy. How he fed on his prey.

#2. Tell them what they want to hear

#3. Give them what spreads, not what’s good

#4. Help them their readers

#5. Sell them something they can sell (exploit the one-off problem)

#6. Make it all about the headline

#8. Use the technology against itself

#9. Just make stuff up (everyone else is doing it)

After he has bared all the skeletons in his closet, he writes of how this has weighed on his conscience.

Book two is a philosophical outlook showing why this is all bad – the media predator-eats-prey scheme.  He doesn’t reveal the secret to slaying what he calls “the monster,” but he does make us aware of the problem’s existence. The way media is organized today is bad, he argues, because it no longer cares for quality journalism. Sources aren’t checked. Facts aren’t verified. Mistakes are never corrected. The media thrives on gossip and emotionally charging stories. That’s what makes us share stuff.

He says, “I wrote this book to explain how media manipulators work, how to spot their fingerprints, how to fight them, and how to (if you must) emulate their tactics. Why am I giving away these secrets? Because I’m tired of a world where trolls hijack debates, marketers help write the news, opinion masquerades as fact, algorithms drive everything to extremes, and no one is accountable for any of it. I’m pulling back the curtain because it’s time the public understands how things really work. What you choose to do with this information is up to you.”

The media. If you watch or read the news, this book is a must-read. If you’re looking for new ways to promote your business, I don’t  recommend following in Holiday’s footsteps – they’ll come back to bite you, but I do recommend you read this yourself. If this book review has you yearning for more, hear from him yourself at our marketing seminar of the year – One Squared. Holiday, along with Alina Wheeler, Mark Schaefer, and Kristen Brown will each be speaking at this must-attend event to foster both personal and professional growth.  I can’t recommend it enough. 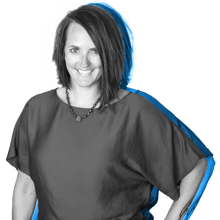 What is Sales Enablement?

The Hard Truth About Soft Skills