Leighton Interactive won three ADDYs, Judge's Choice, and People's Choice awards at the local level of the American Advertising Awards in Central Minnesota. Awards were presented on Saturday, February 23 at The Gorecki Center at the College of Saint Benedict in St. Joseph.

Leighton Interactive received awards and recognition for their work in the following categories: 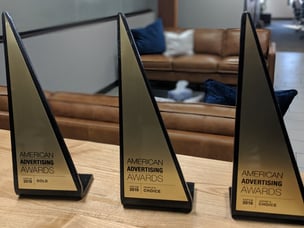 Leighton Interactive's work on the Don't Limit Linda Videos and Campaign with Marco Technologies will move onto the District 8 Conference level for judging. Following is the National American Advertising Awards, which is the largest creative competition in the world held the first week of June in Hollywood, Fl.